The Kiosque is located on the Grand Place of the Domaine de Méjanes. It is open throughout the tourism season from 10 AM to 6 PM depending on the weather.

The Kiosque is located on the Grand Place of the Domaine de Méjanes. It is open throughout the tourism season from 10 AM to 6 PM depending on the weather. 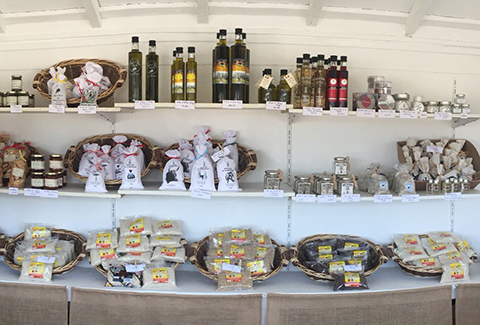 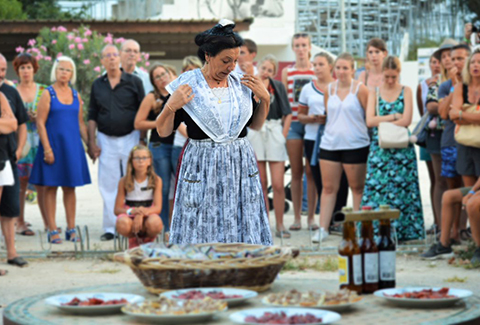 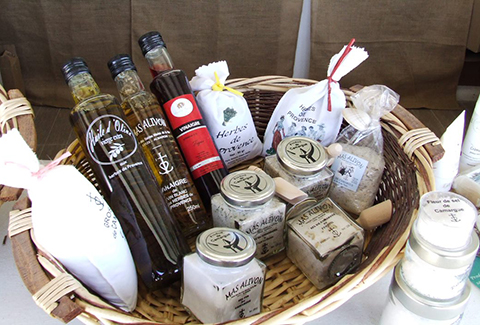 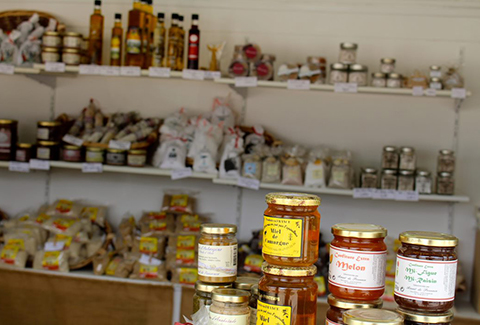 >> Cash and cheques (no cards)

For environmental reasons the kiosque doesn’t provide carrier bags. Remember to bring a little fabric bag with you.

The Kiosque offer local products coming from short supply chain. The rice beer, tapenade, as well as the honey and other items are all produced by farmers neighboring the Domaine de Méjanes.

The Camargue is the only territory of Metropolitan France to produces rice. Indeed, this cereal was at first used by the farmer to desalinate the lands. Today, it is found in every great chef's dish! Long white rice, red rice, black rice, round rice, how to tell them apart? Muriel explains to you how to choose your rice, preserve it, and, most importantly, cook it.

And just as the saying goes, it is in Camargue that is produced the best rice in the world!

Camargue bull meat is one of leanest cattle meat produced thanks to the particular ranching method used. The bulls live throughout the whole year outdoor on vast grazing lands. In Méjanes, when the soil is too poor in organic matter, we feed the bulls with our own fodder production.

Just like any region, the Camargue has its own typical dish: la Gardiane. The bull and red wine stew is sold in jars and can be found at the kiosque de Méjanes! You can also find bull terrine, and mostly dry sausages. As a matter of fact, cured meat is also part of the gastronomic traditions of the Arles country: dry sausage, chorizo, Arles saucisson… Add a little bit of Méjanes in your cooking !

When visiting the Domaine de Méjanes, make a stop at the kiosque and meet Muriel. Native from the Islands of the Saints, she will tell you all the secrets she knows about the Camargue and, in particular, about the Arles costume that she truly cherishes.

During some of the activities, you will discover Muriel dressed as an Arlésienne. This regional and traditional costume intricately designed is entirely part of the Camargue heritage. Fabrics, weaving, jewels, laces, ribbons are the many components making this regional costume one of the most precious in the world. In the course of this occasion, Muriel will be delighted to give you as many details a possible about the way to have the hair done and dress as an Arlésienne.

These presentations are regularly organised during the season. Take part for free.

ORGANIZE THE REST OF YOUR STAY AT THE ESTATE